Video Production/Video Directing Tips and Tricks: "The Illusion of Reality" 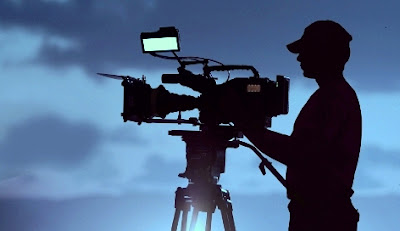 There can be considerable differences between what is actually happening, what your viewers are seeing, and what they think are seeing. How the audience interprets space, dimension, atmosphere, time, and so on will depend on a number of factors, such as the camera's position, the lens angle, lighting, editing, the accompanying sound, and of course, their own personal experience.

We can use the gap between the actual and the apparent to our advantage. It allows us to deliberately select and arrange each shot to affect an audience in a specific way. It gives us the opportunity to devise  different types of persuasive and economical production techniques.

If the scene looks "real", the audience will invariably accept it as such. When watching a film, the audience will still respond by sitting on the edge of their seats to dramatic situations. Even though they know that the character hanging from the cliff is really safe and is accompanied by a nearby production crew, it does not override their suspended disbelief.

Even if you put together a disjointed series of totally unrelated shots, your audience will still attempt to rationalize and interpret what they are seeing. (music videos and experimental films rely on this fact to sustain interest.) If you use a camera casually, the images will still unpredictably influence your audience. Generally speaking, careless or inappropriate production techniques will usually confuse, puzzle, and bore your audience. The show will lack a logical and consistent form. Systematic techniques are a must if you want to catch and hold audience attention and interest.