The Baltimore Ravens Defeat The Denver Broncos 38-35 in 2OT 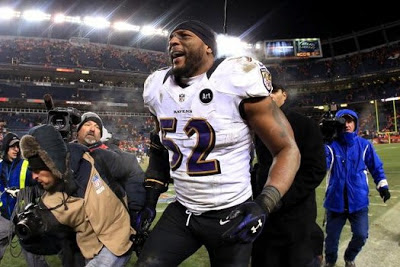 "No Weapon". That's all the Ravens players could say when the game was over. Nobody outside the state of Maryland believed that the resilient team from Baltimore could pull off an upset over the AFC number #1 seeded Denver Broncos. The "Blackbirds of Baltimore" take this momentum into next week as we face off with either the New England Patriots or Houston Texans in the AFC Championship. We got 2 more to go complete the season and end it with a Super Bowl Championship to cap off the end of Ray Lewis' storied NFL career. The Ravens have given Baltimore a reason to believe again. #BaltimoreStandUp.
Posted by The Real Dwayne Allen at 3:22 PM