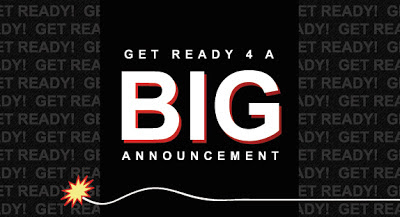 Ok, not really but I am announcing that starting in January 2013 I plan to bring some consistency back to The Real Dwayne Allen.com!!!! Starting in January there will be a series segments that will be posted daily and weekly. I'll be bringing back, Word of the Day. Word of the Day was started back in 2010 when The Real Dwayne Allen first started. It's a segment with a biblical scripture and encouraging words to inspire people and give them hope and wisdom in there rough situations. I will also be starting The Wrestling Wrealm University: Wrestling term of the week. This will be a weekly segment with a wrestling term to educate those who may not understand the world of professional wrestling, so I have taken it upon myself to help educate the.....YOUR WELCOME. Another segment that will be showing up on The Real Dwayne Allen.com in 2013 will be Video Production/Video Directing: Tips and Tricks. This segment will be based off the books Television Production 15th ed. by Jim Owens and Gerald Millerson and Film Directing: Shot by Shot Visualization from the concept to screen by Steven D. Katz. Many people have ventured into video and film production but are often misguided or don't have the resources. So I have decided to share my knowledge about these various areas of video/film production for others. They may be others including some projects from Starforce Productions as well as updated news and information on TRDA Brand Clothing, but for now this is what you can expect for The Real Dwayne Allen.com in 2013.
Posted by The Real Dwayne Allen at 12:12 PM