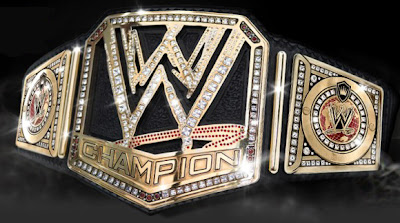 For the second time in almost two months, the WWE Championship has been taken away from pro-wrestling's latest mega star Daniel Bryan.

On September 15, 2013 at WWE Night of Champions, Daniel Bryan successfully beat then WWE Champion (and handpicked "face of the WWE") Randy Orton in a one-on-one bout that ended seemingly in controversy due to a fast count by senior WWE official Scott Armstrong.

Nevertheless, Daniel Bryan's hand was raised in victory making him a 2-time WWE Champion. Seemed to good to be true right? Well it was.

Triple H then called for senior official Scott Armstrong to come to the ring and explain his actions in which the footage from last night's match was reviewed and Scott Armstrong admitted to making a mistake. You would think that it would stop there but of course it didn't.

The COO of the WWE Triple H wasn't quite convinced that a senior official of 20 years in the WWE was capable of making such a mistake but rather that this was an orchestrated plan and demanded a better explanation.

Then the unthinkable happens. Scott Armstrong turns to Daniel Bryan and tells him "the jig is up, they got us". With a look of confusion, Daniel Bryan begins to question Armstrong as Triple H calls for an investigation and until the investigation is over the WWE Championship is to be vacated.

After this series of events had taken place, Triple H left the WWE Universe in an uproar after stripping Daniel Bryan of the WWE Championship, screwing him for the second time.

You would think that after all that has happened to Daniel Bryan and Triple H's bias opinion towards Randy Orton, he would just hand the title back to Orton right? But in the words of Daniel Bryan, NO!!!!!!!!!!!

Apparently Triple H and the McMahons are shaking things up a bit and Randy Orton has to prove his worth and show them that he is indeed the new face of the WWE. Don't believe me? Let's take a look a few things that has brought me to this conclusion.

First, the exchange between Randy Orton and Triple H at Night of Champions about The Big Show being at ringside to ensure no interference. Randy Orton approached Triple H about not having The Shield to watch his back at ringside. Triple H replied to him that he wanted to make sure he "chose the right guy".

Second, the following night on Monday Night Raw, Randy Orton approached Triple H backstage after stripping Daniel Bryan of the WWE Championship and vacating the title. Orton began to scream at Triple H about not rightfully handing the WWE championship back to him when Stephanie McMahon stepped in to remind Orton that he was talking to the COO of the WWE and that he better show some respect. She then told him that he needed to be the ruthless "Randy Orton of old" that showed no mercy.

Who could it be and what role will they play in this game-changing storyline? Will be a young face? Could it be a returning veteran?

Follow Dwayne Allen and The "Real"ness Report on twitter @dwayneallen24 and @wrestlingwrealm
Posted by The Real Dwayne Allen at 9:46 AM

Email ThisBlogThis!Share to TwitterShare to FacebookShare to Pinterest
Labels: The Realness Report