The Baltimore Ravens Defense too much for the Houston Texans 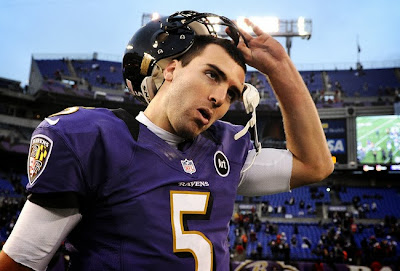 The Texans were leading the game in the first half, 6-3 before QB Matt Schuab's pass was intercepted LB Daryl Smith and returned for a 37-yard touchdown.

Less than two minutes later, Tandon Doss then returns a punt for an 82-yard touchdown. According to NFL.com, the Ravens have not allowed a touchdown in eight quarters since their season-opening 49-27 defeat in Denver.

The Ravens spoiled the return of S Ed Reed to Baltimore, while celebrating the return of Ray Lewis to be inducted in the Baltimore Ravens Ring of Honor.