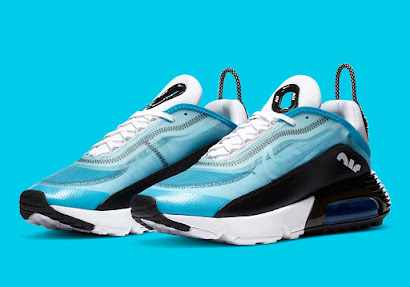 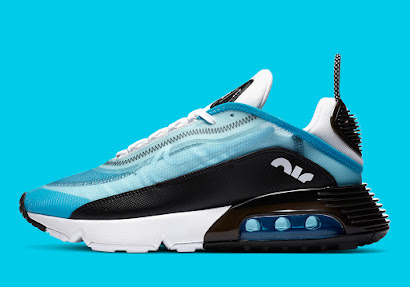 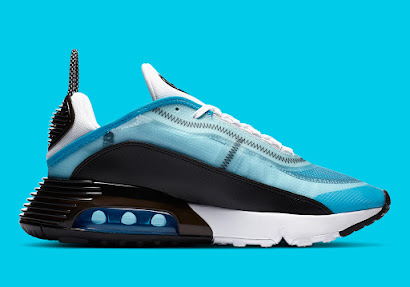 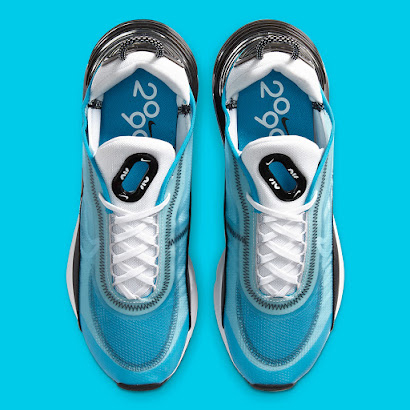 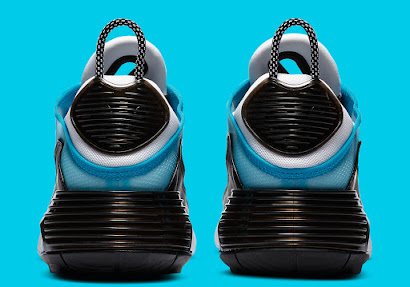 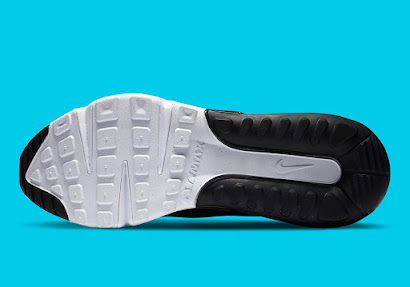 Perhaps because Nike made the executive decision to reissue the classic

Air Max 90 “Laser Blue” this year, they found it appropriate to

fall under the Nike Sportswear

umbrella. So far this season, the motif has transferred itself to members
such as the Air Max 95, Air Max 90 FlyEase, and Air Max 97, and now
it is navigating its way to one of the more modern Swoosh offerings in the
Air Max 2090. Its synthetic foundation surely is the biggest head-turner here
as it is tinted with the bright and refreshing titular hue, and comes packaged
with exposed stitchings that surround the throat, as well as mudguards that
supplement with black touches. The midsole arranges in two parts,

the heels sporting a blacked-out exterior, while the forefoot color-blocks in

You can view detailed shots of the shoes here, and expect them to drop on

followed by a stateside release on Nike.comlikely to follow shortly

Posted by The Real Dwayne Allen at 9:34 PM