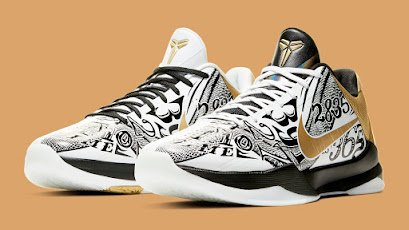 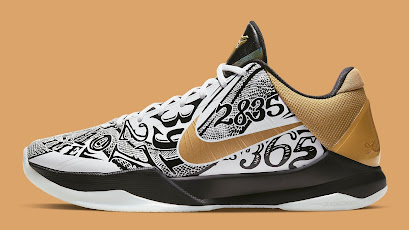 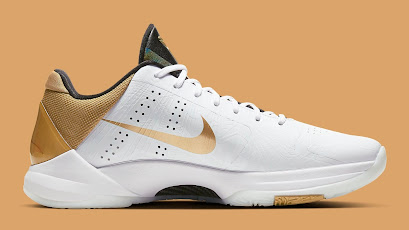 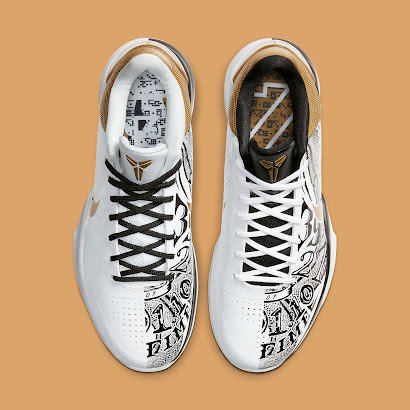 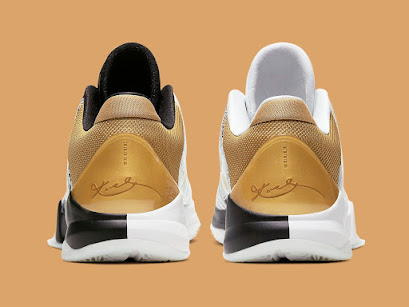 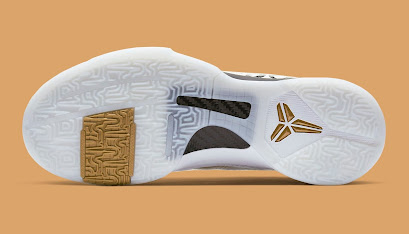 championship ten years ago. Thanks to leaked images provided by nikezoomkobe, a first look at the

that's paired with designs from Bryant's "Parade" PE. Capping off the look are gold accents covering the Swoosh branding, the tongue, and the heel counter. While an official release date has yet to be confirmed by Nike, GOAT currently has this "Big Stage/Parade" Nike Kobe 5 Protro scheduled launching on Feb. 7. Check back soon for official details.

UPDATE (08/08): First reported by j23app, the "Big Stage Parade" Kobe 5 Protro is back on launch calendars with an Aug. 23 release date. Nike has yet to confirm the release.

Posted by The Real Dwayne Allen at 9:51 PM