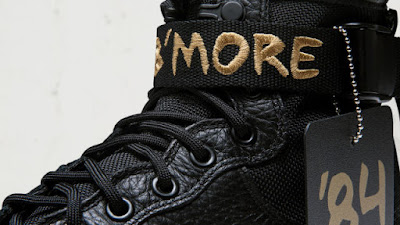 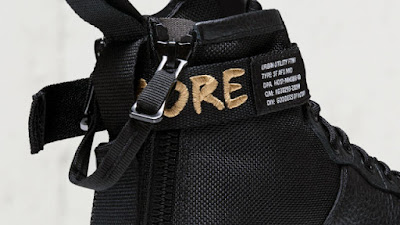 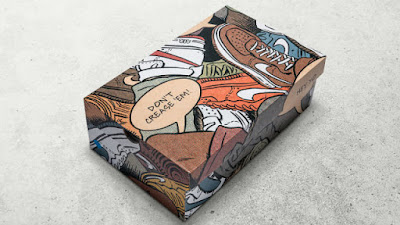 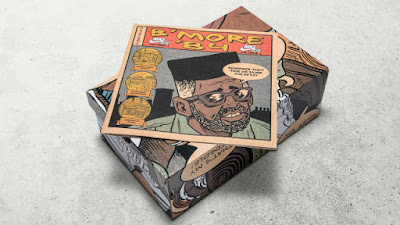 Back in 1984, two years after the original launch of the Air Force 1, Nike had been planning to cease production of the shoe but was ultimately dissuaded from the decision, thanks to its popularity among Baltimore's enthusiastic wearers. Nike is now celebrating the spirit of the city with this upcoming Nike Special Field Air Force 1 Mid "For Baltimore," featuring "B'More" embroidery on the strap, an '84 hangtag and comic-inspired insoles. The shoes are packaged in a special box illustrated by artist Ed Piskor, who also created a comic book showcasing the key players who kept the Air Force 1 in production. The launch date is scheduled for September 30, with the kicks available exclusively at DTLR locations at Mondawmin Mall and Monument Street in Baltimore. via FreshnessMag.com

Posted by The Real Dwayne Allen at 9:09 PM