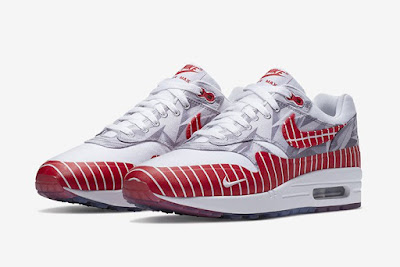 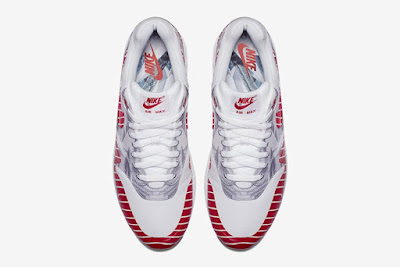 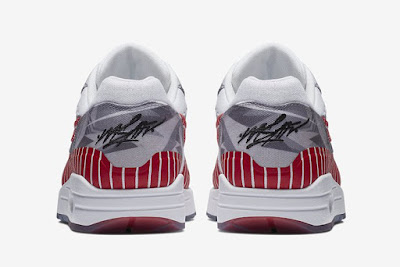 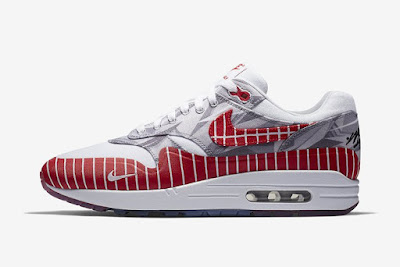 Nike are celebrating National Hispanic Heritage Month by recreating an OG Air Max 1. The DNA of the 1987 model is immediately apparent – with the grey, red and white details exactly where you’d expect them to be – but this iteration sees the OG remixed into a new beast. The red guarding has been striated with lines that resemble the stitched mouth of a sugary calavera, while the grey overlays feature sharp geometric shapes.
The release has been named ‘Los Primeros’ (Spanish for ‘The First’). Though it hasn’t been billed as a colab, it does seem to have been overseen by graphic artist Wasafu, whose name can be found on the heel.
The Nike Air Max 1 ‘Los Primeros’ will be available on September 27 from select Nike accounts. via SneakerFreaker.com
Posted by The Real Dwayne Allen at 10:53 AM