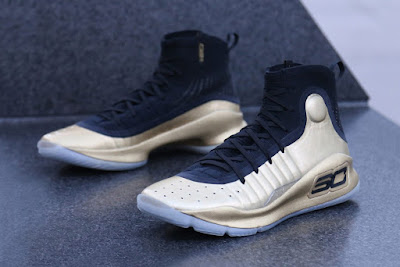 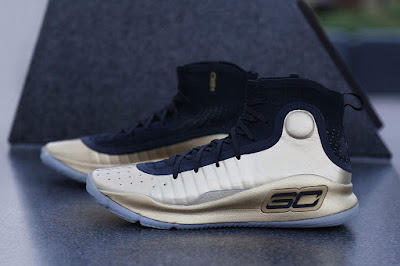 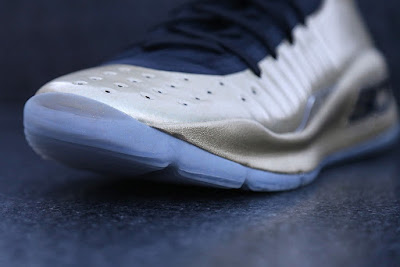 As the Golden State Warriors celebrated their recent NBA championship — the team’s second in three years — Stephen Curry debuted a special “Parade” edition of his signature shoes. Over one million cheering Warriors’ fans witnessed Curry wearing the commemorative gold/navy Under Armour Curry 4 in downtown Oakland. The high top sneakers were designed with a metallic gold midsole, navy blue trim and a clear gum bottom. Curry wore several other colorways of the shoe during the 2017 NBA Finals.
Under Armour has not announced when the “Parade” Curry 4s will be available to purchase, but you can check them out above. via Hypebeast/NiceKicks.com
Posted by The Real Dwayne Allen at 8:27 AM