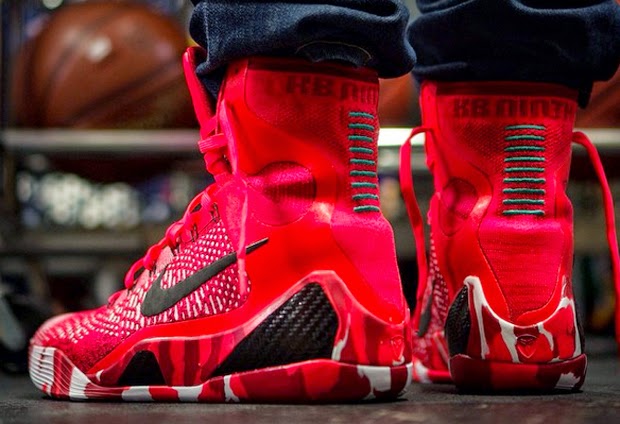 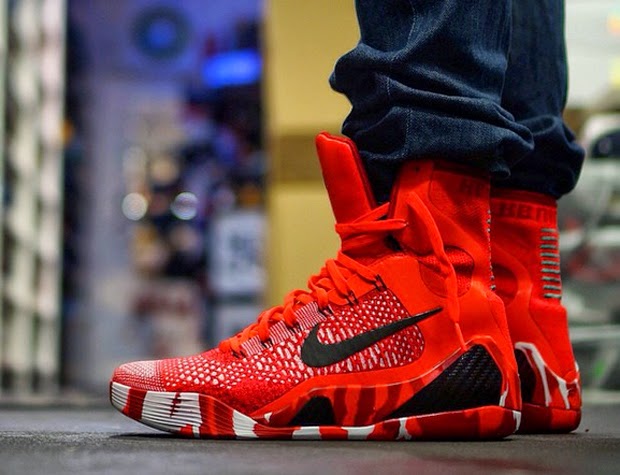 The high-top Kobe 9 Elite will be back this Holiday season in Christmas colors, but this mix of red, white, and green isn’t like anything we’ve seen before. Kobe and the Lakers will likely be getting some nice airtime during their Holiday game against Bulls, and the league’s unlikely leading scorer will rock these murderous Kobe 9s, which feature the multi-colored “camo” outsole, a red/white Flyknit base, and green strikes on the heel. A release date isn’t set, but with Nike releasing some big items on 12/23 and 12/24, we can expect these and the entire Nike Basketball Christmas Pack to drop around then. via SneakerNews.com
Posted by The Real Dwayne Allen at 8:56 AM