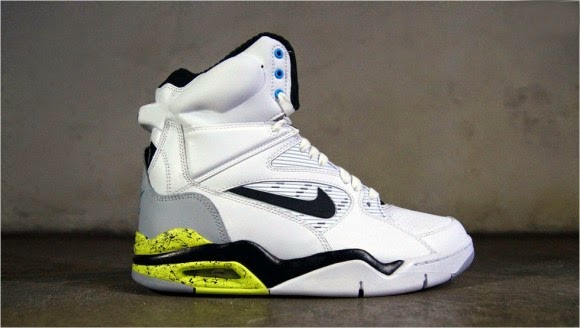 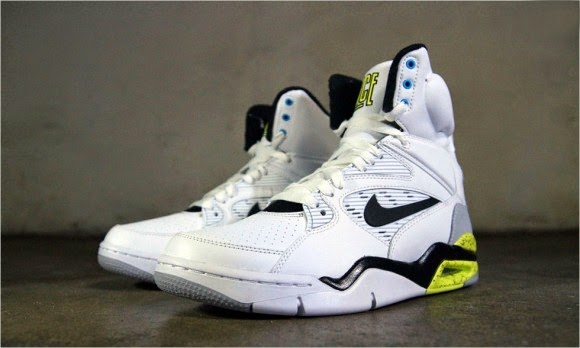 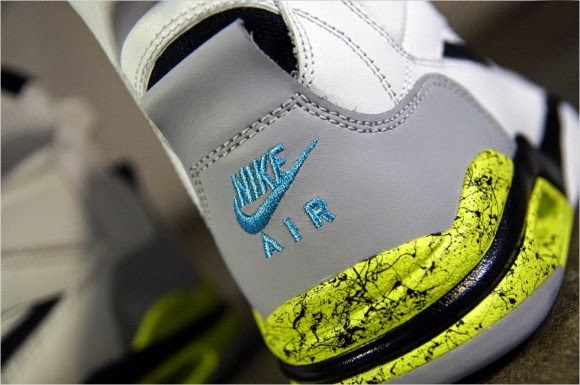 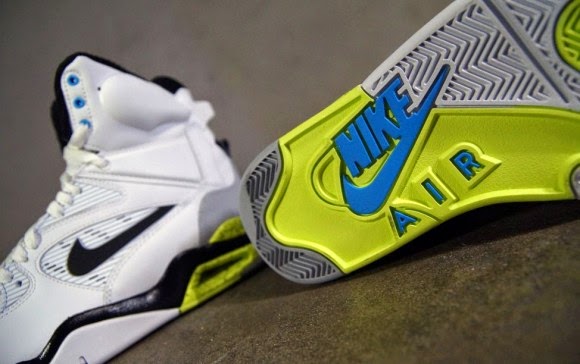 his release is for all of my 90′s people. White Men Can’t Jump the movie featured actors Wesley Snipes and Woody Harrelson as basketball players who were streetball hustlers. Nobody ever believed that Billy Hoyle (Woody Harrelson) could play basketball, so when Sidney Deane (Wesley Snipes) would pick him as his teammate everyone thought it would be an easy victory. Little did they know that they were being hustled. In the film Billy Hoyle rocked this exact pair of Air Command Forces, which is why they are nicknames the “Billy Hoyles”.
Aside from being names the Billy Hoyles, this pair of kicks has other various nicknames including the “Hot Limes”, “OG Citron” and a few others. The retro high-top Nike basketball shoe features a predominantly white leather upper with vibrant volt colored accents. Black also makes an appearance on the midsole, Swoosh and inner lining. Look for the Nike Air Command Force to drop at Nike retailers on October 18thfor a retail tag of $200. via KicksonFire.com
Posted by The Real Dwayne Allen at 6:52 AM