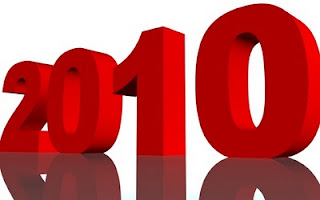 For me personally, the year 2010 started off rough for many reasons. The year 2009 wasn't a great year but was a year of change and slight transition. In that year I had finally come to a point where I felt things needed to change, especially when it came to myself. Fact is, I didn't realize how much change needed to take place. December 31st, 2009 I received probably the most devastating news I've ever received. At first it didn't directly affect me but eventually this would jump start the must needed change that needed to take place in my life. The year 2009 was rough in itself but things would only get worse on the final day of the year. About a week before 2009 ended, I wrote on an index card the major things I wanted God to change about me in the year 2010. Little did I realize, God wouldn't waste any time. The year 2010 was an up and down year full of doubt, heartbreak, uncertainty, betrayal, and lost loved ones. Every struggle had a purpose and I noticed every situation was actually used as a wrecking ball to break off the many problems that had become callous parts of me entire being. I was harnessing a monster on the inside of me that was caged but often fed and as a result it grew and caused a continuous conflict within me. Years ago I caged this monster but I never killed it. For years it grew because of the times I would feed it, it gave me power and energy but always caused more problems because of the power I received. The monster had grown to the point where it was beginning to be to big for its cage. Gaining more control and causing more problems than ever, the monster needed to be slayed for good. It needed to be killed so i could obtain peace and let go of the hate, anger, and anguish that caused me so many problems. Little by little, things were being broken off of my life. The things that created a hard callous shell had become a prison and I needed to be set free. As the year was coming to a close, everything had been removed from my life but 2 things. A lost love and the monster within. I was obtaining peace and moving closer and closer to happiness but I wasn't quite there yet. Next up, the monster. To make a long story short, something happened where I was quite disgusted with I had become. I saw the monster in the mirror for what I was for the first time and I decided enough was enough. After a few weeks in seclusion, the monster was finally destroyed. Happiness is now a good friend of mine and things are changing for the better. The things that happened in the year 2010 were necessary and I'm glad the first part of my life is now behind me. It's a new day and things will forever different from here on out. 2011, here I come!!!!!! Thank you Lord for allowing me to make it this far. Please guide me and my life throughout this next year. In Jesus name I pray, Amen.
Posted by The Real Dwayne Allen at 9:46 PM