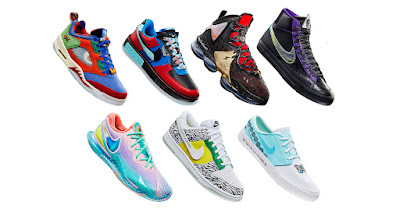 Since 2004, the ‘Doernbecher Freestyle’ program created in partnership between Nike and OHSU Doernbecher Children’s Hospital has given over 100 young patient-designers the opportunity to create one-of-a-kind Nike footwear and apparel designs that are sold to benefit the hospital that saved their lives.

Over the years, the program has raised more than $30 million to help expand and support OHSU Doernbecher’s pioneering research and specialized care unavailable anywhere else in the region. 100% of the profits raised from the Doernbecher Freestyle program has been donated directly to the Children’s Hospital.

Nike has officially unveiled its Doernbecher Freestyle XVII collection, which includes seven unique designs across seven footwear silhouettes, as well as matching apparel and accessories to go along with each shoe. This year’s collection marks the first time that the patient-designers and Nike designers collaborated virtually to design their unique creations.

The auction for the Nike Doernbecher Freestyle XVII collection will run on eBay from from February 26th at 6pm CST to March 5th at 6pm CST. The products will also be available via Nike later this spring. via modern-notoriety.com

Posted by The Real Dwayne Allen at 1:10 PM