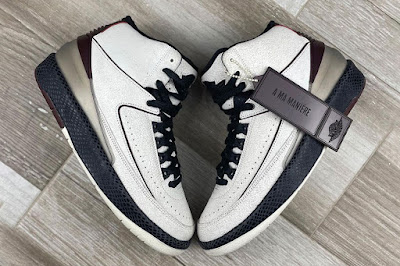 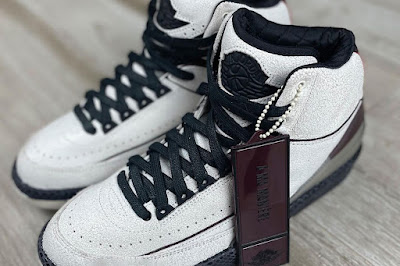 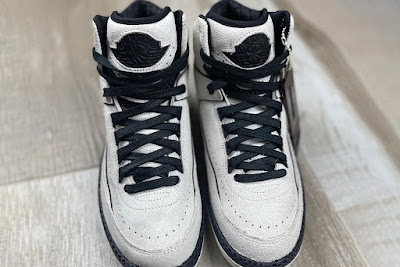 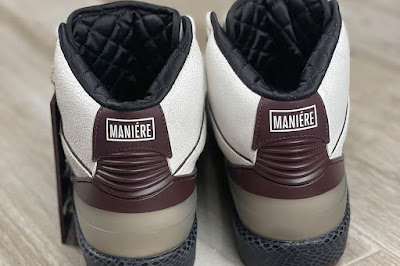 After delivering its Air Jordan 3 and Air Jordan 1 High collaborations to the world in 2021, A Ma Maniére has swiftly established itself as a force in the game of footwear. Through its stunning design language and impeccable storytelling, James Whitner — The Whitaker Group founder — and his team has elevated the way we look at the successful team-ups, and the brand is set to build upon its momentum with a brand new offering: the A Ma Maniére x Air Jordan 2 Retro SP.

Based off of the first leaked images of the shoes, we can already confirm that much of the same DNA that was found in the aforementioned makeups has rolled over to this iteration. In similar fashion to the Air Jordan 1, creamy cracked leathers are utilized for the base layer, and this is neighbored with a deep burgundy piping and heel counters as well as a stealthy gray mudguard. Additionally, you’ll find small doses of black along the laces, ball-and-wings logos on the tongues and the quilted interior lining. Other elements to bring to light include “Maniére” box logos that stand out in white on the heels, branded A Ma Maniére hang tags and blacked out snakeskin textures that are applied to the midsoles.

Peep an early glance at the kicks right here and note that these are expected to release sometime in the coming months. via Hypebeast.com