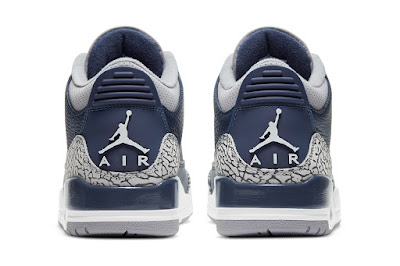 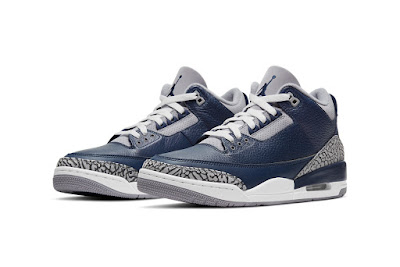 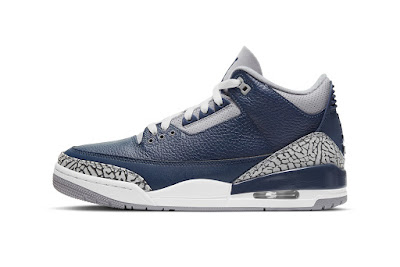 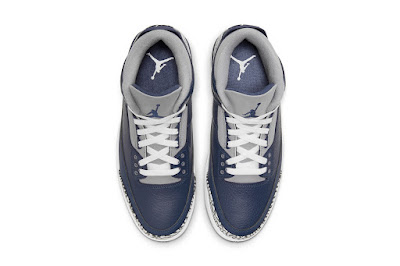 Nike, Inc. has been the official outfitter of the Georgetown Hoyas since 1985 — only three years after Michael Jordan‘s UNC Tar Heelsvanquished the Hoyas in the 1982 NCAA Championship game — and for the last decade-plus the team has worn Jordan Brand uniforms and footwear while receiving several special PEs. Now, the Jumpman is seemingly drawing from Hoya Saxa’s signature navy and gray shades for an Air Jordan 3 “Midnight Navy.”

Though there’s no Georgetown-specific branding, the look is all Hoya hoops. Uppers are made of a tumbled navy leather, surrounded by a smooth navy mudguard and perforated gray eyestay piece. Collars and tongues are done up in gray as well, with the latter featuring a navy Jumpman graphic and trim. Signature elephant print arrives on mudguards and heel pieces alike, while the plastic navy heel tab boasts a large Air Jordan graphic. Down below, white/navy midsoles house a translucent Air unit in the heel and navy/gray/white outsoles round off the look.

The Air Jordan 3 “Midnight Navy” has been reported for a March 20 release on Nike SNKRS, and will likely be priced at $190 USD. Grade school sizes will also be available. via Hypebeast.com

Posted by The Real Dwayne Allen at 2:27 PM