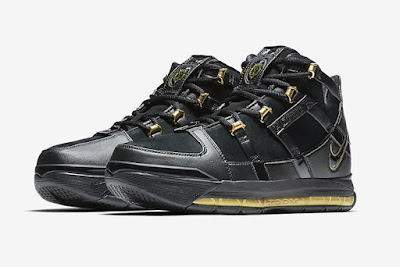 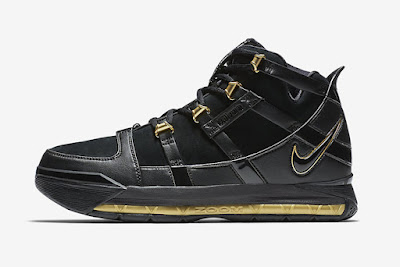 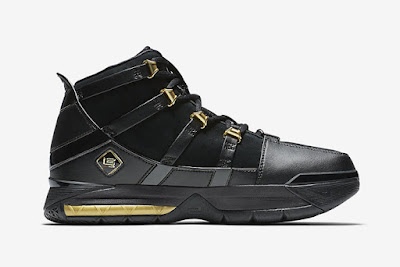 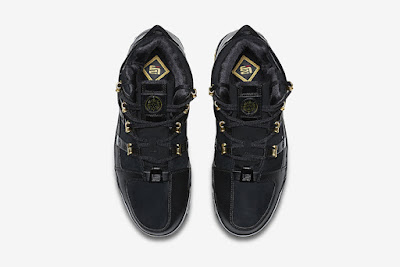 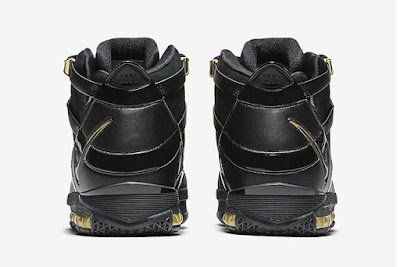 As promised, 2006's black and gold colourway of the Zoom LeBron 3 is set to return to Nike retailers later this year, and now official pics of the 2018 retro have surfaced. True to the OG, black leather and nubuck once again handle the upper's construction while metallic gold detailing can be found throughout. Besides the black and gold, the lone contrast comes in the form of deep red Swooshes on the outsole. The upcoming drop will be the second LeBron 3 retro of 2018 after the coveted 'Christ The King' PE made an unexpected comeback in September with its retail debut.
Stay tuned for a concrete release date, but look for these LeBrons to hit Swoosh spots this holiday season. via SneakerFreaker.com
Posted by The Real Dwayne Allen at 6:01 PM