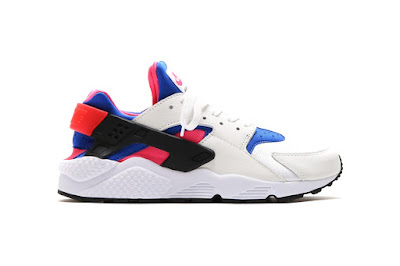 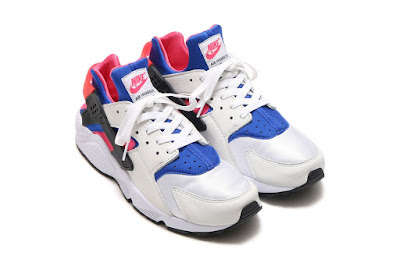 Air Huarache retro fever may have peaked a couple of years ago, but Nike is looking to recapture a little of that magic with its latest re-release for the iconic Tinker Hatfield-designed runner. Dubbed the Air Huarache Run ‘91 QS, this drop isn’t just any Huarache. Instead, the Swoosh has offered up a design that harkens back to 1991’s original in the underrated White/Game Royal-Black-Dynamic Pink colorway. Here, the kicks not only pay homage to the silhouette’s original build, but even swap out the ubiquitous Huarache badges on the neoprene tongues in favor of the OG’s more prototypical Nike-branded tags.
Fans can pick up this homage to a classic at Tokyo’s atmos beginning this Saturday, October 28, while a more widespread release is sure to hit NSW spots across the globe before year’s end. via Hypebeast.com
Posted by The Real Dwayne Allen at 12:22 PM