The Realness Report - STILL Stealing the Show: The Rebirth of Dolph Ziggler 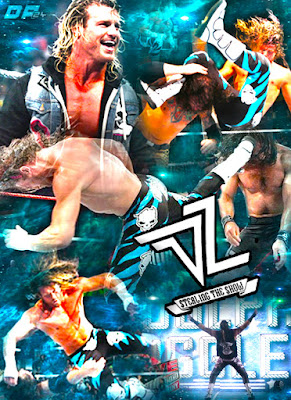 Picture by The Real Dwayne Allen

You can say many things about Dolph Ziggler but one thing you can't deny is that ever since the brand split, Dolph Ziggler's career has received the must needed jumpstart that many were wondering if he'd ever receive.

When you look at the career accomplishments of Dolph Ziggler on paper, he is already one of the most decorated WWE Superstars currently on the roster. With that being said, there has always been something missing. Something that actually sticks with the audience that keeps them in anticipation for a Dolph Ziggler appearance.

For example, during Dolph Ziggler's time in WWE, younger superstars have made their debut and have garnered larger followings that have led to long title reigns. Each member of The Shield have developed into top-tier singles stars and already have had multiple title reigns as mid-card champions and world champions. Most importantly, they all have stayed at the top of the card in the WWE.

Kevin Owens is another one of those young superstars who have made an immediate impact the minute he stepped foot in the WWE, becoming the first cross-over NXT Champion, Intercontinental Champion, and the longest reigning WWE Universal Champion (drink it in maaaaaaaaaaaaan).

While all these new superstars made their way to the top of WWE, it seems that Dolph Ziggler found himself in and out of the main event or rarely involved in any major storylines that would establish him as a consistent main-event superstar. That would all change when the WWE decided to bring back the brand split.

Since bringing back the brand split, Dolph Ziggler has resurrected his reputation by consistently being involved in meaningful feuds and championship opportunities solidifying his place on Smackdown Live's main event scene.

There's no denying Dolph Ziggler's ability to entertain fans and perform in the ring but his most recent signs of a heel turn has left the underrated superstar hungry to prove that he still belongs and that his run at the top of the WWE card is far from over. Many people feel that Dolph Ziggler is overrated or is doing too much to resemble WWE Hall of Famer The Heartbreak Kid Shawn Michaels but to be honest, as a life-long HBK fan I welcome the evolution of it.

Only time will tell what's in store for Dolph Ziggler but there's no denying that when it's all said and done, Dolph Ziggler will go down as one of the most decorated WWE Superstars of all time. Until then, enjoying watching ZigZag continue to steal the show. #Realness